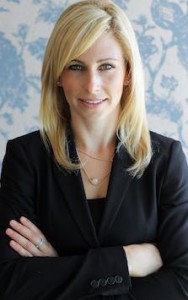 Attorney Jennifer R. Goldman’s fierce passion and steadfast devotion to defend the accused cultivated when she was a young child. Ms. Goldman was always aware that she wanted to pursue a career as a criminal defense attorney and provide assistance to those in need. Ms. Goldman takes tremendous pride in helping those individuals and their families with the most quality and tireless care.

Ms. Goldman graduated with a degree in Criminal Justice Administration from the University of Arizona. Following the completion of her degree, Ms. Goldman went on to earn her law degree from Thomas Jefferson School of Law. While attending Thomas Jefferson School of Law, it became clear that Ms. Goldman’s talents were in that of trial advocacy. She was a member of both the Mock Trial team and distinguished Moot Court where she participated in numerous trial advocacy competitions. Ms. Goldman accepted an internship position at the San Diego County Public Defender’s Office: Multiple Conflicts Office, Major Cases where she assisted on several high profile murder trials.

Ms. Goldman has been very successful in obtaining acquittals, dismissals, reductions of charges, and having DMV suspensions and revocations set aside.

Ms. Goldman’s goal for each case is exquisitely simple: to maximize all legal options to obtain the most optimal outcome. Ms. Goldman strives to offer what a client values most in a lawyer: good judgment, founded on listening to what the client really wants and needs. Ms. Goldman then expresses that judgment through exceptional written work, integrity in encounters with clients and their families and simple care.